Dallas wages appear to follow a slightly different trend compared to other parts of the state and the country. Unlike wage trends in Houston, Dallas saw smaller fluctuations, both positive and negative, and had fewer and much smaller decreases in healthcare wages between May and November of 2021. A marked difference is Dallas’ trend of increasing wages in smaller increments before and during a swell of COVID-19 cases followed by gradual decreases. In comparison, most areas have recorded significant increases in wages only during COVID spikes followed by a steep drop.

While Houston wages saw significant drops in June and July 2021, Dallas wages moderately increased in both months. Dallas didn’t see a wage reduction until August, when wages dropped 2%. Houston's pay rates leveled off in late 2021, remaining relatively unchanged between September and December. Not so in Dallas, where wages see-sawed by about 1% over three months. It recorded an increase of just under 1% in September, a drop of about 1% in October, and an increase of slightly more than 1% in November.

In December, Houston’s wages increased by less than 1%, then significantly rose 5.9% in January during the height of the most infectious COVID wave. Alternately, Dallas posted smaller increases over the end of 2021 and beginning of 2022. Its wages went up by 3.7% in December, then increased another 2.8% in January. Overall, Texas posted an increase of 1.4% in December, with an average 1.1% increase nationwide.

COVID-19 cases in Dallas County were already slowly creeping up by mid-December 2021 as the Omicron variant began taking hold of the county, state, and nation. The steady rise in cases may have prompted Dallas’ bump of 3.7% in wages during the last month of the year. Dallas seems to attempt to stay ahead of escalating wage increases due to COVID surges by increasing its healthcare pay about a month sooner than other cities. Dallas healthcare wages at the close of 2021 averaged $1703 a week. Following a relatively large bump in April, Dallas’ wages at the end of the first quarter averaged $1,843 per week.

After California, Texas employs the most registered nurses nationwide, with 217,630 RNs employed by the Lone Stone State in May 2021. The Dallas-Fort Worth (DFW) metro has the sixth-highest employment of RNs among metros nationwide. It employed 62,840 RNs in May 2021. Dallas is home to 1.3 million people, nearly a million fewer than Houston.

Despite the high number of Dallas perm nurses and lower population, hospitals still experienced nursing shortages during the worst waves of the pandemic. Permanent nursing staff is always in high demand. COVID-19 emphasized existing staffing shortages and made them even worse. One study projects that Texas will fall short in its nurse supply and demand by 2032. The study indicated an expected growth of 30.5% in the supply of full-time equivalent RNs, but an increased demand of 38.8%, resulting in a deficit of 57,012 RNs. Dallas healthcare systems must get radical with their recruiting efforts to keep up with the growing need for permanent staff. 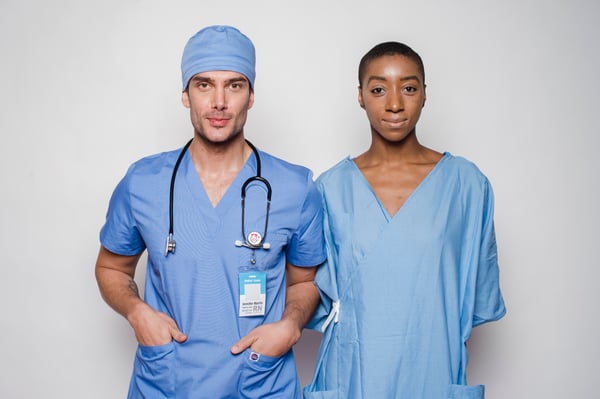 In early May 2022, positive test results for COVID-19 were rising again throughout North Texas. North Texas consists of 150 cities, including Dallas. Luckily, hospitalizations have thus far remained flat across the Dallas/Fort Worth area. However, Dallas County recorded a 68% increase in COVID cases by mid-May compared to the previous two weeks.

Wages in Dallas had already begun to increase the previous month. As in the past, the city seemingly anticipated its pending need. If numbers continue to rise, wages will likely follow. Nevertheless, Dallas wage increases will likely remain subtle as the city hasn’t succumbed to the significant spikes and dips seen in other areas.

Although Dallas seems to have become fairly adept at forecasting the need for healthcare wage changes, the overall state of healthcare in Texas appears relatively grim. The Texas Hospital Association indicated that the entire state initially entered the COVID-19 pandemic with a 10% shortage in nurses. After four significant coronavirus waves, nursing staff everywhere have reached an unprecedented level of exhaustion and burnout that has many of them considering leaving the profession.

Employers should prepare for changes and larger salary budgets for those nurses who stay. As the pandemic worsened and the demand for nurses spread throughout every corner of the nation, many nurses finally learned what they were worth. Dallas perm nurses may demand higher salaries, better incentives, more manageable patient ratios, and greater support for their mental health and overall well-being. And it would all be well-deserved.

Health systems wanting to attract and retain experienced nurses will do well to heed these hard-earned requests. With the possibility of a fifth COVID-19 wave on the horizon and another wave possible in the fall, it’s advisable to make appropriate efforts now versus later to build the nursing staff needed to battle this ongoing health crisis once more.

Vivian Health helps you connect with qualified candidates actively looking for work and helps place Dallas perm nurses in jobs they’ll love. Schedule a demo with Vivian Health and let us help you with all your hiring needs.