After nearly two months of declining COVID-19 cases and relaxed vigilance, numbers have begun to rise again in almost every area of the country as April 2022 drew to a close. The Centers for Disease Control and Prevention (CDC) estimated that more than half of all new coronavirus cases in the United States were likely attributed to the BA.2 subvariant of Omicron, also known as the “stealth” variant. Health officials considered the highly contagious original Omicron variant responsible for the widespread surge in cases that peaked in January 2022 when 43 states reported increases in healthcare wages.

Although new cases reported at the beginning of April remained nearly flat nationwide, cases were rising in all but three states by the end of the month in what appeared to be the first widespread increase since January. Hospitalizations that previously plummeted in March and early April have also started to rise. Over 30 states reported an uptick in hospitalizations over the last half of April. The hardest-hit area thus far has been the Northeast, especially New York, where government officials considered reestablishing mask mandates as May began.

After every state posted a drop in wages for the month of March 2022, nearly every state had another decrease in April. Minnesota was the lone state that reported an increase in healthcare wages. Though relatively small at only 1.3%, it was still an increase compared to the 48 states with reported decreases between 2.9% and 17.3%.

COVID-19 cases slowly inched up through April in Minnesota. The state started the month with a daily average of 404 cases, but by April 30, this average had risen to 1,243. In March, Minnesota’s healthcare pay rate dropped by a significant 10.4% so the bump in April doesn’t come near to making up the difference. However, if cases continue to rise and hospitalizations start to increase, healthcare wages in the state, and others, may see a much bigger jump in May. 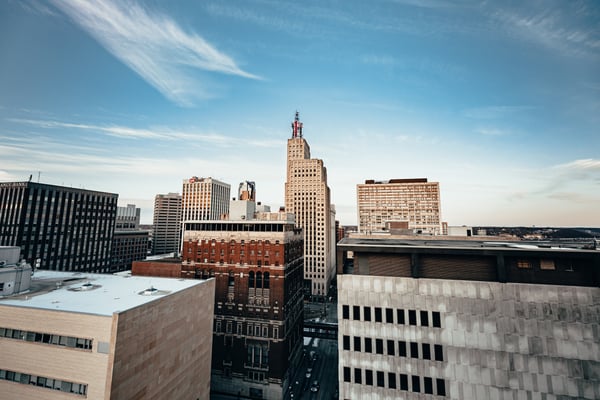 Minnesota was the only state this month to increase wages

Although the healthcare wage in Massachusetts technically also went down, the amount was so minimal to be considered unchanged for the month of April. It dropped by only 0.2%, going from $2,661 for the average weekly pay rate to $2,654. It’s the only state in which healthcare salaries stayed the same. Massachusetts also had the second-lowest decrease in March at 2.5% and may be poised for an uptick in healthcare pay in the near future as the state recorded significant spikes in COVID cases on April 19 and April 26. Its daily average jumped even higher by May 2 up to 2,839, the highest it’d been since February 7, when the average was 3,705.

Schedule a demo with Vivian Health to learn how we can help you with your temporary or permanent staffing needs.