As the new year dawned, hospitals nationwide were still grappling with widespread burnout, increasing turnover rates, and severe staffing shortages almost two years after the pandemic was officially declared. About 25% of hospitals that report their data to the Department of Health and Human Services stated they were facing critical staffing shortages in early January. The continued pressure caused by these labor strains came when hospitals were busier than ever.

COVID cases that had begun increasing in December due to the highly contagious Omicron variant continued to climb in January. The combination of staff shortages and rising COVID cases caused many health systems to spend more on healthcare wages in January, a practice that may not wane even if/when COVID cases decline, according to wage forecasts. While just under half the states in the nation reported an increase in healthcare wages at the close of 2021, all but seven states saw healthcare pay go up in January.

At the beginning of January, the Omicron variant accounted for about 89% of cases, but it was basically 100% by the month’s end. A “stealth” sub-variant of Omicron was also expected to prolong the current surge and delay a much-needed decline in cases. As predicted in December, rising COVID cases compounded by ongoing staffing issues caused healthcare wages to rise in a majority of states. A total of 43 states recorded healthcare pay rate increases between 1.1% and 11.1% and three more states had wage increases that were so slight as to be considered unchanged. 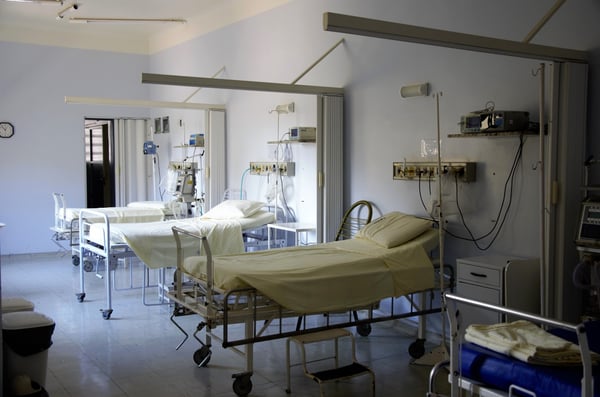 Delaware was the state with the greatest wage increase in January

Only three states posted a decrease in healthcare wages in January 2022 and none of them was above 4% with one not even dropping a full 1%. Idaho had the biggest decrease at 3.7%, which was slightly lower than the drop of 4.3% the state had in December. Arizona had the second-largest decrease in healthcare pay at 1.1%, but the state had previously recorded increases during the last two months. Oregon had a very slight decrease of 0.8% following a decrease of 1.2% last month. However, Oregon posted a 4% increase in November and had the second-highest increase of all states in October.

Healthcare wages in four states stayed relatively the same in the first month of the year compared to the final pay rate reported at the end of 2021. However, Wisconsin, Missouri, and Oklahoma did have very slight increases that were just under half a percent. The slight bump resulted in an increase in each state’s average weekly pay by $13, $11, and $10, respectively.

Ongoing cases of Omicron likely spurred wage increases in states still battling the current surge, however, the trend of higher healthcare pay may continue with or without COVID cases, according to wage forecasts. Wage forecasts for 2022 will be felt across industries, not just healthcare. Rising inflation rates and a tight labor market may prompt relatively significant pay increases across industries. These same factors could influence healthcare wage trends in 2022.

The ongoing shortage of healthcare workers may also keep wages high during 2022. However, the largest single factor that will likely have the biggest impact on wage trends is the trajectory of the COVID-19 pandemic. As long as COVID patients keep arriving at hospitals across the nation, filling up beds, and using up staffing resources, healthcare wages will likely continue the upward trend. Healthcare pay rates have previously followed a similar pattern as COVID-19 cases, causing ever-changing ups and downs in healthcare wages that aren’t helping staffing problems.

Schedule a demo with Vivian Health and let us help you meet your hiring goals.