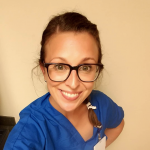 As the Delta variant continues to run its course throughout the United States, travel nurses and other healthcare professionals remain busy on the frontlines. This is especially true in ICUs, which are once again reaching capacity in many hard-hit states. Numerous hospitals continue to be short-staffed and are scrambling to hire more workers, which often translates to higher healthcare wages. Only one state recorded a drop in ICU healthcare pay in August 2021, but a few states’ healthcare pay rates saw less movement than most with recorded increases of less than 5%. Keep abreast of market trends by comparing healthcare wages among ICU professionals in all 50 states during August.

Forty-four states saw increases in healthcare wages of nearly 10% or higher, some were much higher than others. Alaska had the highest healthcare pay increase at 51.6% followed by Georgia at 47.7% and New Mexico at 40%. The largest jump in healthcare pay rates last month was 34.2%. Wage increases often mirror rising COVID-19 cases within a state.

In July 2021, Wyoming had the second-highest decrease in healthcare wages among travel ICU healthcare professionals. It was the only state in August that recorded a drop, nearly 5%. This decrease occurred even though self-reported data from hospitals throughout the state indicate increasing patient loads throughout the month. On August 1, the total number of hospitalized COVID-19 patients was 66. By August 31, this number had risen to 194.

There were five states with healthcare pay rate increases that weren’t nearly as high as other states. Because these increases were less than 5%, wages were considered relatively the same on August 31 compared to August 1.

I have been a critical care nurse since 2007. I grew up in the northeast but enjoy every corner of the country. My passions are people and travel. Travel nursing allows me to meet amazing people and satisfy my wanderlust. I love inspiring other nurses to travel and expand their practice.